The Story of a
Buffalo Classic

On a Friday night in 1964, Dominic Bellissimo was tending bar at the now famous Anchor Bar Restaurant in Buffalo, NY. Late that evening, a group of Dominic’s friends arrived at the bar with ravenous appetites. Dominic asked his mother, Teressa, to prepare something for his friends to eat.

They looked like chicken wings, a part of the chicken that usually went into the stock pot for soup.

Teressa had deep fried the wings and flavored them with a secret sauce. The wings were an instant hit and it didn’t take long for people to flock to the bar to experience this new taste sensation. From that evening on, Buffalo Wings became a regular part of the menu at the Anchor Bar.

The phenomenon created in 1964 by Teressa Bellissimo has spread across the globe. Although many have tried to duplicate Buffalo Wings, the closely guarded secret recipe is what makes Frank & Teressa’s the proclaimed “Best Wings in the World.” 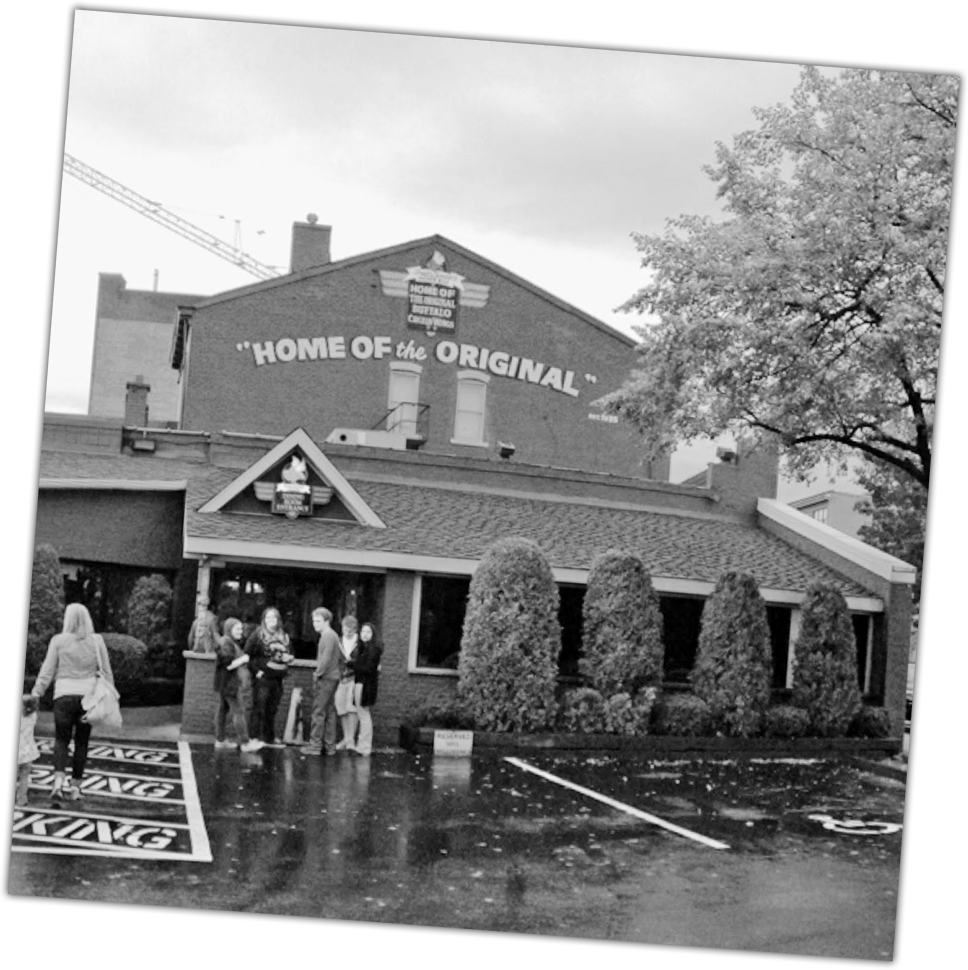